A lot to report about yesterday and our semi-annual winery trip with our winery touring friends, so I'm doing it in parts.


We met up with Ron & Suzanne in the McDonalds parking lot in Placerville at 1300 and headed out. Ron was navigating and our first stop was at Holly's Hill Vineyards in Placerville. Since I am the designated driver and don't do any tasting, I had time to wander around and shoot some pictures. 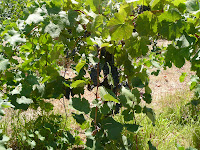 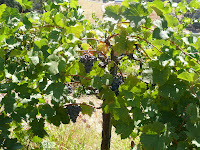 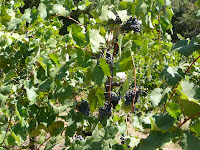 A bottle of white and a bottle of dessert wine and we were on our way.

Second stop was Oakstone Winery in a little town called Fair Play on a road called Slug Gulch Road. Got to love the name. As you know, I always like wines with neat names. Remember Brayzin Hussy Red from Bray Vineyards? Well, Oakstone has a Slug Gulch Red. No pictures, but the most expensive stop of the day so you know the wine was good. By the way, I was the guy with the credit card and the designated pack mule since I wasn't tasting. 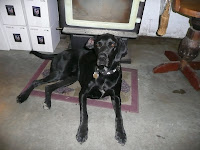 And yes, Rufous has a wine named for him. Rufous Red. We didn't get any Rufous Red, but then I don't get to pick because I don't drink it. While I was wandering the tasting area, I took this shot of future releases. 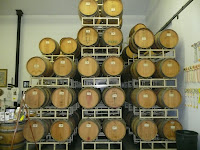 To get a shot of all the barrels, I wasn't able to get a closeup of one with Rufous Red on it, but I know there were a couple, at least.

So, that's part one of the tour. Tomorrow I'll post part two which is the rest of the wineries and an outstanding restaurant where we had dinner.