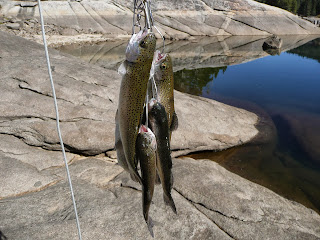 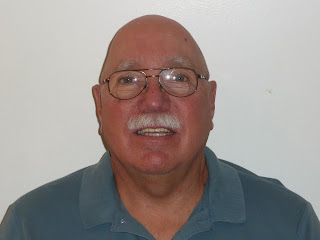 By Mark Kautz
Amador Ledger Dispatch contributor
I started last week with a trip to the Silver Fork of the American River. I wanted to fish the downstream side of the bridge at Hell’s Delight Road. On the spur of the moment, I decided to drive down the road toward Kyburz and fish a couple of places that were good last year and then I could fish Hell’s Delight on the way back.
The first place I stopped didn’t produce anything on a yellow Paralyzer (dry fly) and my take was that the water was just too cold. I shot my digital thermometer and it came back at 43.7 degrees. Trout just don’t move much at that temperature.
I moved a little farther downstream to another place where I caught several on a Yellow Humpy (another dry fly) last year. This is where the day went down the toilet. As I was walking to the water, I guess I walked right over a nest of ground wasps and never saw them until they were stinging the *#@* out of my neck and ears. Fortunately, I had on my sweatshirt, vest and waders, or it could have been much worse.
I figure I got nailed six times before I could get far enough away for them to leave me alone. I even tried to go back to the water about 100 feet farther away and they kept coming. Getting stung a half-dozen times did not do a lot for my enthusiasm, and I just called it a day.
Once I got home, I went out on the Internet and found that one of the remedies for wasp stings is to put ice on them. So, I went to the freezer and got out a cold pack — you know, one of those blue things that somewhat freeze — wrapped it in a towel and applied it to the wasp stings. See if you can envision this, a cat, hanging on the ceiling upside down by its claws. That was me, hanging upside down from the ceiling, by my fingernails. Putting the ice on the sting increased the pain by 10-to-the-50th power. I won’t go into all the four-letter expletives I said — suffice it to say it really hurt.
On Friday morning, I planned to do a little fishing, because Monday was such a disaster. There was no way I was going to Silver Fork, although the thought did cross my mind, but just for a fleeting second.
My first stop was Bear River Reservoir, where I climbed down to the water and put out two rods with rainbow Power Bait and sat on a rock for an hour trying to get the fish that were tapping on my line to stay put. No dice. I packed up and headed for Silver Lake, which was my intended destination in the first place.
Once again, I parked in the day use area and, after donating my $5 to El Dorado Irrigation District (parking fee), walked down to the lake.
The water level in Silver Lake had dropped several feet since I was last there on Sept. 25. Instead of the cubbyhole I parked in then, I chose a higher perch, just to the left. From there, I could see several big rock formations in front of where I was, just waiting to snag my line.
I put out two rods with rainbow Power Bait. I put one straight out about 50 feet and the other to the left, about 100 feet out. My friend Yuki had fished here, the next day after we had such a good day on the 25th and had very little luck, so I had no expectations for today, especially after Bear.
I parked in my red camping chair and, with a sandwich bag of red grapes, settled in for the duration. I was so startled when one rod started doing the “fish on” bounce that I dropped the bag of grapes and several rolled down the rocks into the water. This was just the start of what turned out to be 45 minutes of catching fish. The first four came within the first 20 minutes and the fifth came at 45 minutes.
The time between the 4th and 5th fish gave me time to eat the rest of the grapes that hadn’t fallen in the water. At press time, if we haven’t had any good snow storms or really cold weather, Silver Lake would be a good bet for a fish or five.
Tight lines.
Posted by Mark Kautz at 4:01 PM