Headed out of La Casa Kautz at 0715 this morning and with New Melones in mind and a stop at Starbucks in Angels Camp for coffee and a butter croissant. I had two lines in the water by 0845.

And as Porky Pig would say "That's, that's, that's all folks". I tried plain rainbow PB, pink PB, rainbow with garlic. Rainbow with sweet corn. Spitting in the water. Everything and couldn't get even the slightest interest.

So while I was sitting there soaking up the sun. Not too much, I'm already on the calendar for partial ear removal, I noticed a couple guys float tubing by. 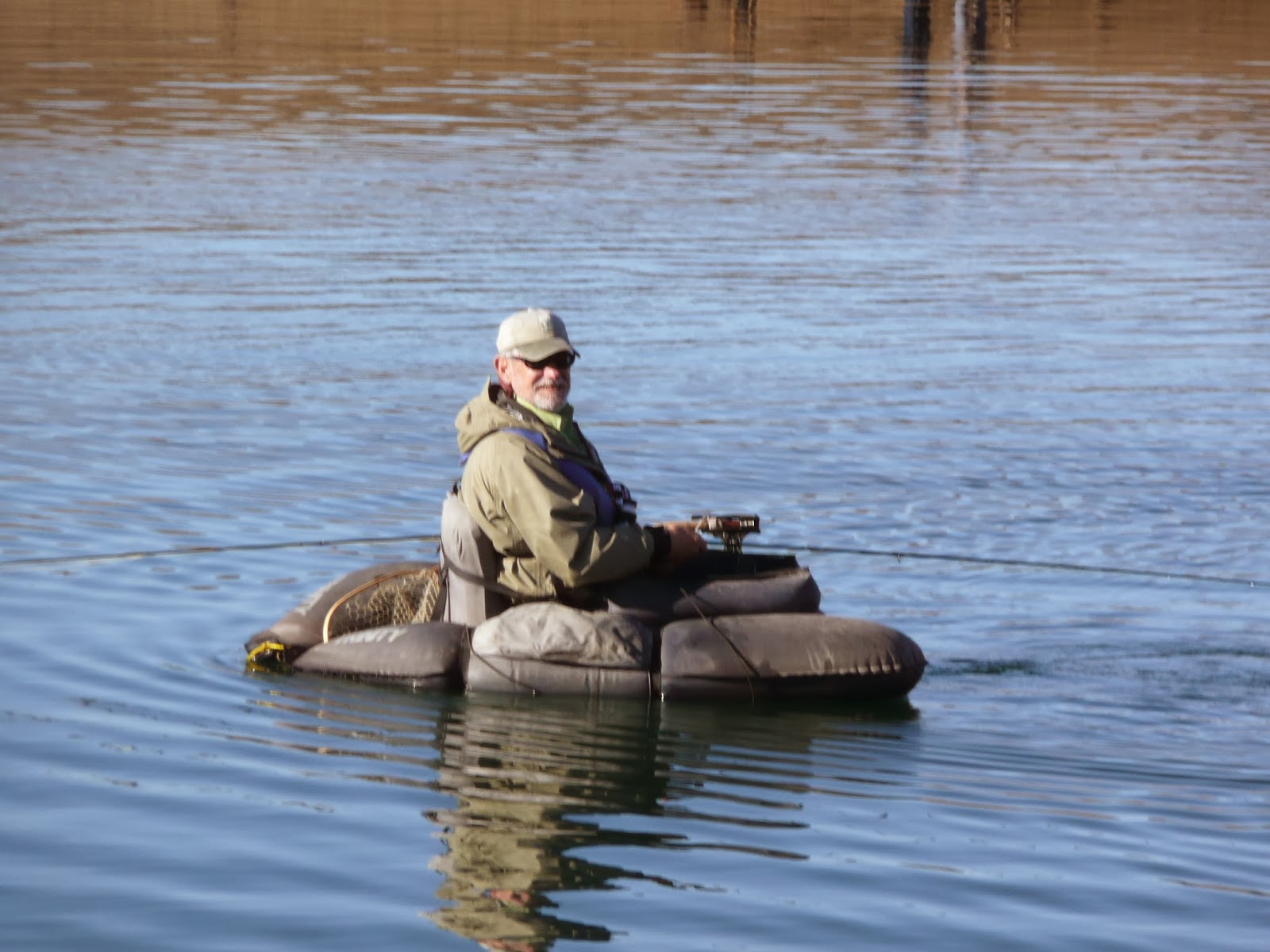 I thought, "Hey, I know these guys. Just talked to them last night at the fly club meeting". Truth be told, I over heard them talking about coming out to New Melones today so I wasn't too surprised.

I hung around for a little over 3 hours and without a bite, called it a day. One can only be bored so much.

Both the guys to the left and right of me were in the zero fish category just like me. Out in the tubes, one fish on, but lost and that was it until I left.

Might quiet at New Melones.
Posted by Mark Kautz at 2:37 PM