It Never Rains In California

So the song goes, but we are in day 2 of 4 days of solid rain. It started around Noon yesterday. The creeks are running again, my pond is filling, and once we get through Monday, there is supposed to be a couple more days next week.

Certainly not enough, but a damn good start.

There were people out at Folsom Lake standing on the shore watching the water rise. Folsom Lake feeds a lot of the Sacramento Valley with drinking water. Rumor had it that the water would run out in two to three months should we not get any rain. OK, it only came up 2 inches yesterday, but I guess it was enough to get them excited.

Most of the American River and the rivers and tributaries of the North Coast are closed to Steelhead and Salmon fishing because of the low water. My friend Glenn said he was up a couple times where we fished last year and said he was able to walk across the river right where he is standing in the picture below. 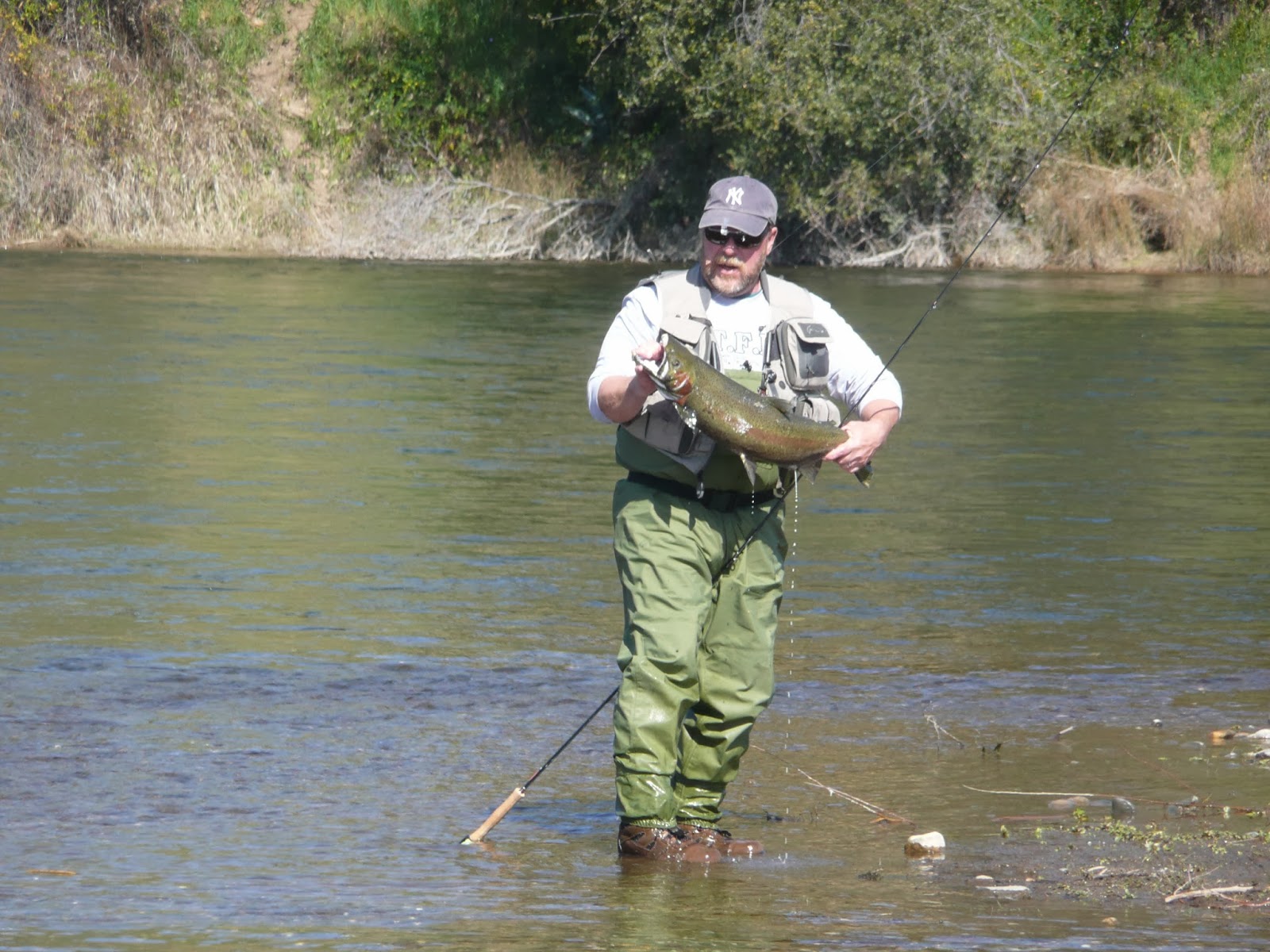 He said that there were no Steelhead to be found in the river.

I'm going to try Lake Pardee on Friday (opening day) as long as the ear (skin cancer surgery on Tuesday) will allow me to go. I'll let you know.