Fishing Among The Masses

As you know, I don't normally fish on the weekend for just that reason. Masses of people. Today was no different.

My wife was going to Sacramento to get her hair cut and what ever else she has done to it and although I usually go with her, she has expressed concern for me sitting in the car for the three hours it takes to get the hair thing done.

Me, I'm OK with it because I can go to Barnes and Noble to look at books, stop at Starbucks for coffee and a piece of coffee cake, or Cold Stone Creamery for an ice cream. Today we decided that she would go alone and that left me free to go fishing.

I left at the same time she did (0900) and got to Bear River Reservoir around 0945. It was one of those trips that I didn't care if I caught fish or not. I was just at the lake zoning.  It's probably a good thing too because there were masses of people there, but no road work. I didn't even stop at Cooks Station for coffee.

I went to the near side of the second dam and found a place where I was pretty much alone. That lasted about 15 minutes and the crowds flowed over to where I was.

Since I had two rods out and had marked out my territory, I decided to stay a couple hours anyway. While I was sitting there soaking Power Bait, I took some shots of the lake. Most pictures you've seen before, but just so you can see there there is quite a bit of water in Bear River.


Then as the crowds filled the gravel area in the shot above, I gave up on catching anything. Once the crumb crunchers/lawn lizards/two legged dynamo's, or what ever you want to call the kiddies, start chucking rocks into the lake, that just about does it for fishing. That's OK though, remember I was zoning.

I did get a visit from this big Dragonfly who spent five minutes sitting my rod. 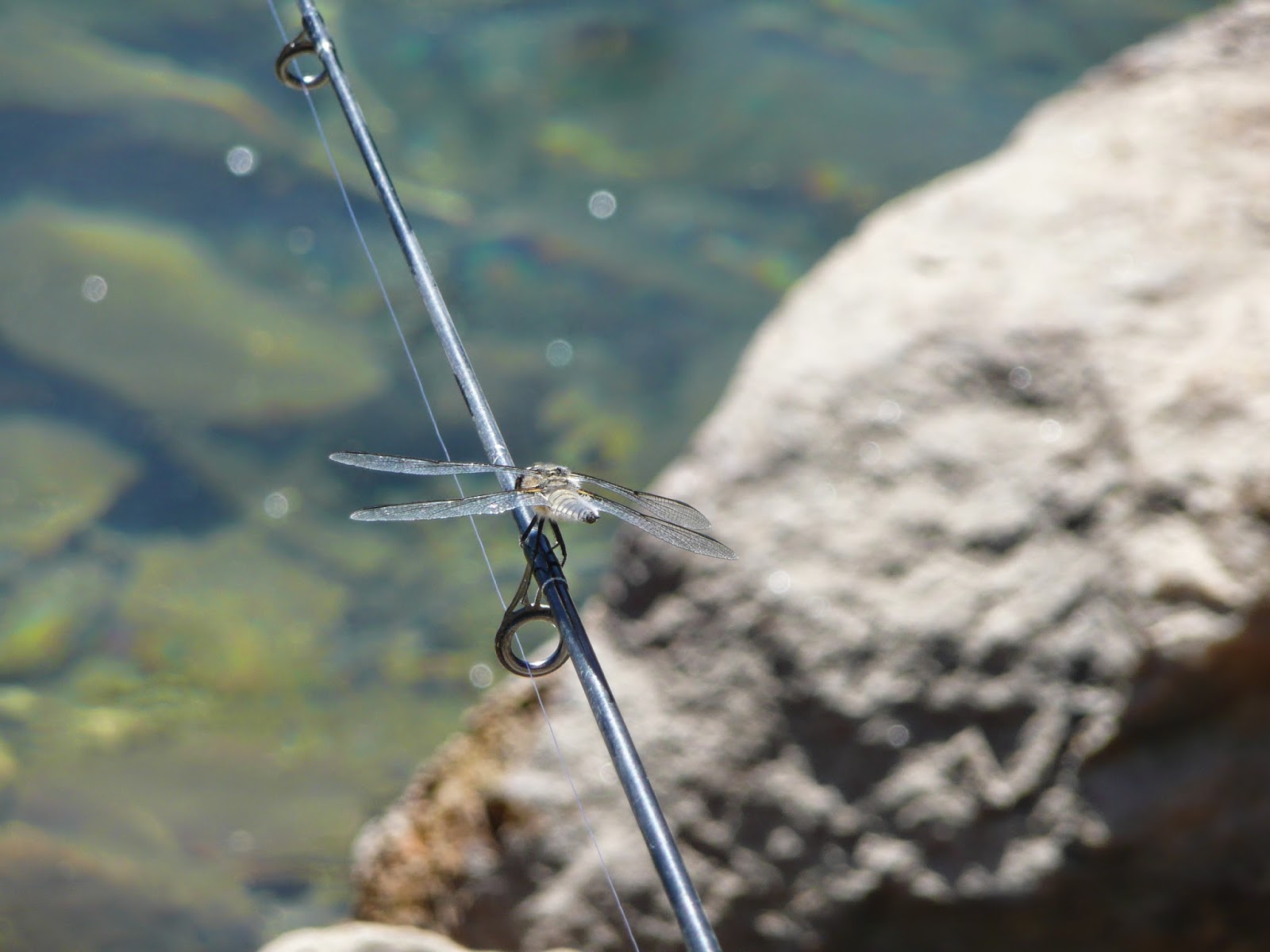 The later it got, the more people arrived. What started out as five turned into fifteen or twenty by Noon. I was OK with that because these are the hard working younger families that only have the weekends to be up there, so let them enjoy. I can go anytime.

On the way across the first dam there wasn't a soul there. On the way back there were fifteen people fishing off it. See how quickly they amass.

I'll just go home, have some lunch, and watch the A's and the Marlins.