No Fishing, Just A Little History

I had planned on going fishing this morning. We have a storm moving through, but the local weather guessers said the rain wasn't going to be south of Highway 80 which is a bunch of miles North of me.

I headed out of the house around 0715 and after a gas stop in Pioneer and coffee at Cooks I headed up the hill. Before I got to Bear River Reservoir, I hit the clouds. Some would call it fog, but it was low clouds hanging on the hill at about 6000 feet. I've got no problem with clouds or with cold (South Lake Tahoe was around 31, 32 this morning), but you put cold, rain (they called that one wrong) and wind (guess I missed that on the weather report) it just gets down right nasty up there. I noticed, as I crossed Carson Spur (elevation 7990') a touch of snow along the road.

I checked Caples Lake, Silver Lake, and even Bear River and couldn't find a decent place sheltered enough for me to put in a line and on top of that, it was raining fairly hard by then.

On the many, many trips up the hill, I've seen a sign for Tragedy Springs Road and wondered what it was about, so I stopped on the way back. Can't fish so I might as well get a little education.

I parked and with camera in hand, started up the hill. First place I came to is this little a-frame place. I'm not sure what it's for, but it looks a lot like a bear proof trash can.

A little further up the trail, is an explanation of Tragedy Springs. 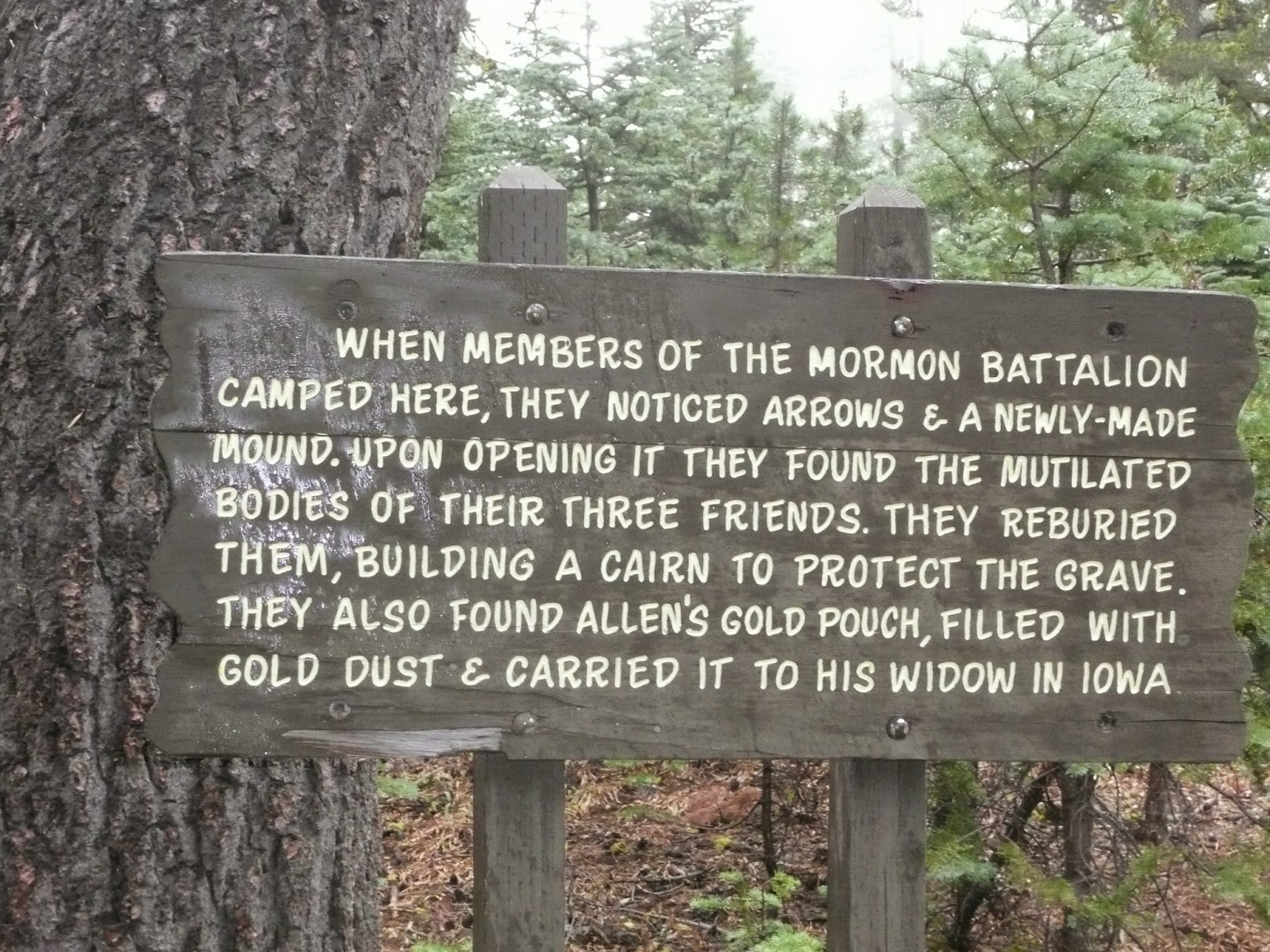 This is apparently where the three members of the Morman Battalion were buried.


The next picture is a little hard to read unless you can make it full screen, but it is a replica of an inscription cut into a Fir tree which stood near this spot bordering the old Immigrant Trail. It says "To the memory of Daniel Browett, Ezrah H Allen, and Henderson Cox who was supposed to have been murdered and burned by Indians on the night of the 27 of June 1848".

This last plaque is at the pull off before you start up the hill. You can double click on this one and read, pretty much the same information I wrote above. 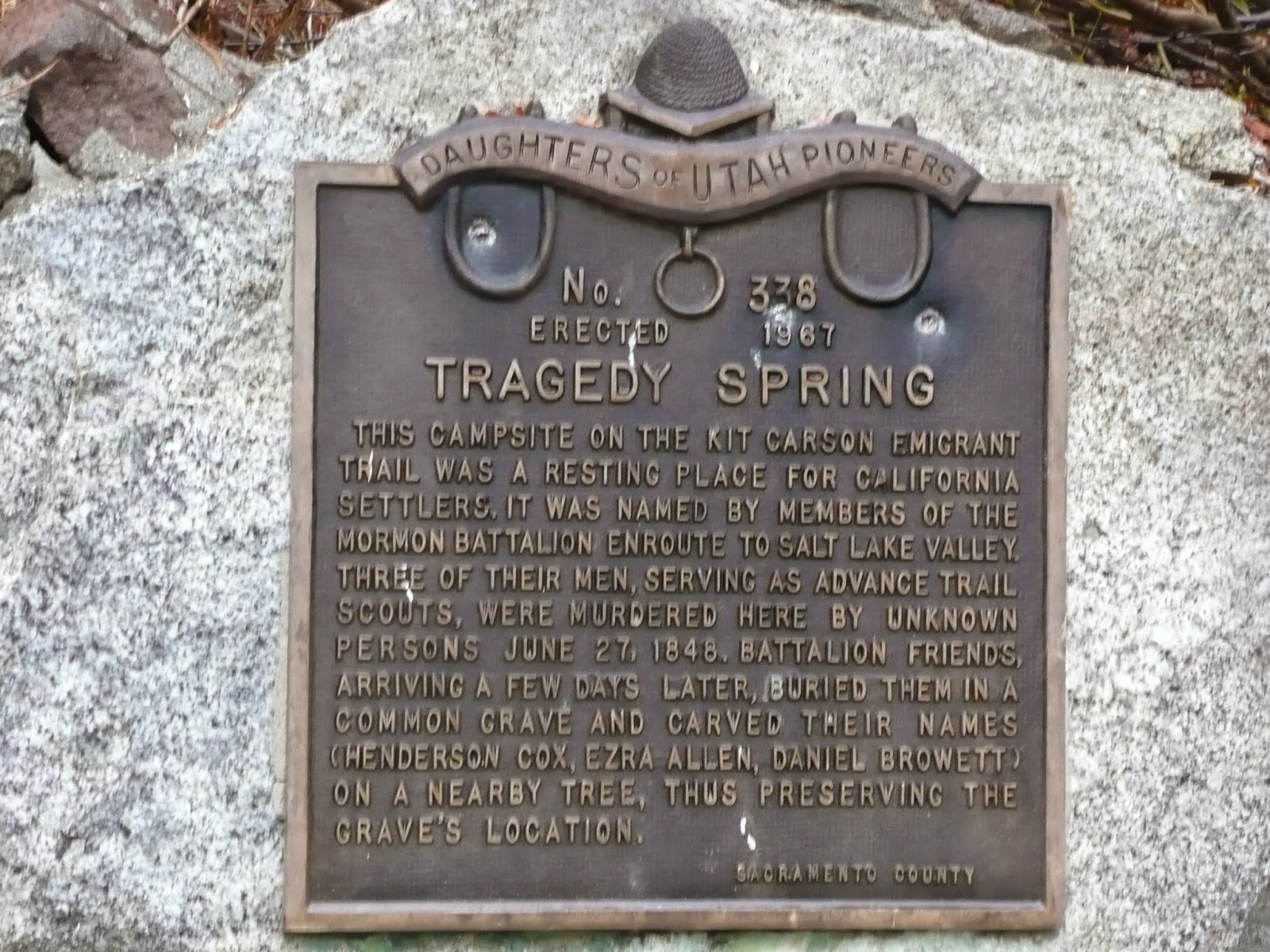 I went about 100 yards up the hill, so I don't know if there is anything else up there, but I braved the wind and rain (no cheering please) to bring this little piece of California History to you.

Maybe I'll try fishing later in the week. It's not supposed to rain again until next week.
Posted by Mark Kautz at 10:58 AM