Hell, It Was A Nice Drive

I've been wanting to take a drive up to Ice House Reservoir for a while. I like to fish this lake at ice out and since we've had a decent Winter I thought this was just about the right time.

I texted (see, I'm in the 21st century) Yuki and said I was going if he wanted to tag along.

We left the house a 8:10 and after two hours of driving arrived at Ice House Reservoir.

Appears  we're a little late for ice out. 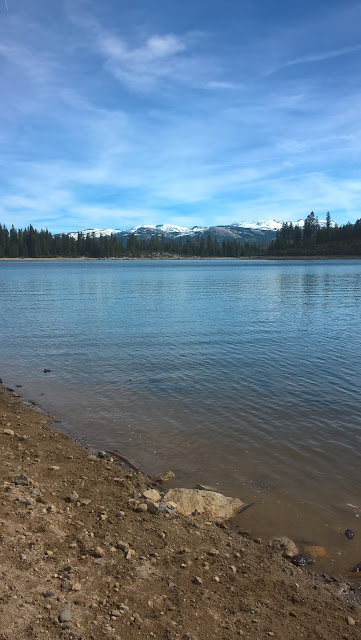 In fact, there wasn't any snow except for a dab here and a dab there. 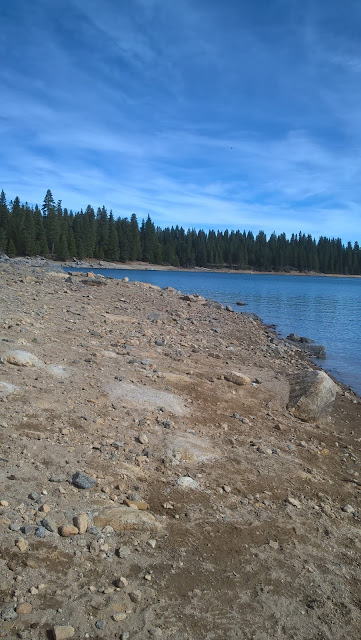 Nope, no snow here either.

So we parked at the dam and put out our rods. I put out two with PB and Yuki put out one with a crawler and one with PB.

Once again note that these first 4 pictures were taken with my smart phone and I'm now in the 21st century. My wife says the other phone was smart, it was the operator that was the problem.

Then Yuki captured Moi doing what I do best. Sitting and waiting for the fish to bite. In between we threw Kastmasters and Thomas Bouyant lake lures.

Then we decided to go home. Once again the trout thumbed their collective noses at us.

We've decided to take up Bass fishing. I'll probably have to rename this blog. Let's see.

Then while I'm out on the Net looking at names, up pops Howard from Windknots with a Kiss My Bass Edition.  Crap or maybe Crappie.