I Wanted To fish Where Oprah Fished, Yosemite Part 2

OK, I know this is a fishing blog and I will get  to the fishing, but you'll just have to wait until then.

Once we got into the park, it was clear sailing down to Yosemite Valley. We passed a couple places for photo's and I was actually able to find a place to park and took the following two shots.

Both are the Merced River, but no fishing here.


There was just no way I was going to stand in that river. I have enough trouble standing on flat ground.

Sorry about the focus in the next picture, amateur camera operator 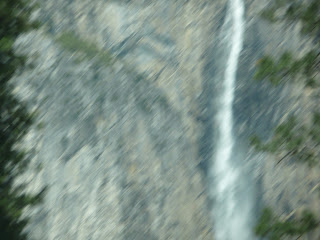 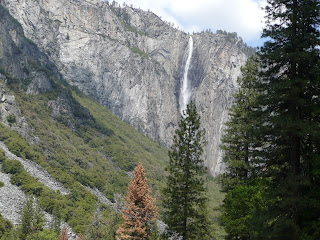 Granite outcropping. Kind of hard to get good pictures when you're holding up traffic. I think there is a waterfall in there too. Hard to tell. 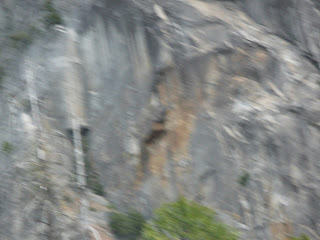 Same outcropping from a distance. 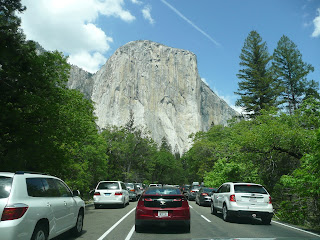 Another waterfall. There are many this year. 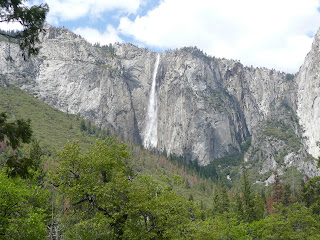 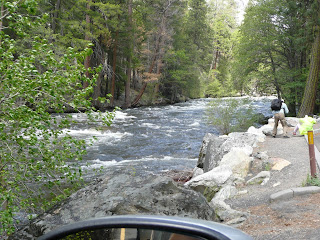 One of the many beautiful valley's surrounded by granite mountains. We were able to get a parking spot to take this one and the one below. 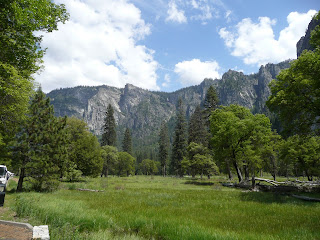 There wasn't a clear shot of the outcropping below, but notice the dead trees. 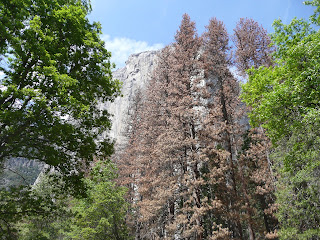 The devastation of the forest by wildfires over the last three years or so is a real eye opener both inside the park and outside the park.

As I mentioned above, once inside the park it was clear sailing all the way down (if I remember correctly about 20 miles) to the valley until you hit the one way street. Then the driving door slammed shut and we were once again bumper to bumper with no way to turn around.

THEN, it went from two lanes to one lane for cars and one lane for buses only with some Park Ranger standing in the middle of the road (won't that slow down traffic) yelling at all the cars to stay in the left lane as if we couldn't read the sign. But there are always those that apparently can't read. Fine for driving in the bus lane - $175.00.

Finally after 15 hours of driving in the valley, OK maybe only one, but it seemed like 15, we got to a point where we could turn around and head back. No sense in fighting that traffic any longer. Found out later that Saturday is the worst day to visit the park. No Duh!

Come back tomorrow for "I Wanted To fish Where Oprah Fished, Yosemite Part 3" and I promise fishing.