In case you missed it. It's still hot out here in NorCal, but not quite this hot. 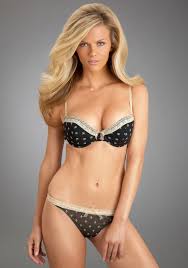 If you saw this picture already go directly to #26.

# 26-Yuki and I headed out of La Casa Kautz at about 8:30 with Cat Creek and a little fly fishing in mind.

I wasn't sure what the creek would look like. Could be a blow out with all the snow melting upcountry. We were pleasantly surprised to find the creek is awesome shape. AND our timing couldn't have been better since those big green leafy things that grow in the middle of the creek are about two feet tall. Any later and they would have been too big to fish the creek.

All I can say is that we had a gazillion (OK maybe a dozen or so) drive by's, but couldn't get one to stick. After wearing out our welcome at the two pools, we headed across the bridge and up river.

I'm not sure how I got this photo, but enjoy the nice rocks and gravel. If you don't want to look at the picture, go to #27.

#27 - Working one of the many pools, Yuki took first blood. A fine 8 inch or so male Rainbow.
I took several pictures to record the event. OK, so they're lousy shots, but nobody's perfect.


Yuki tried to convince me that it was a Large Mouth Bass, but I wasn't buying it. I've got to admit, it did have a big mouth.

The flower below pop's up every Spring. I don't know what they are, but they are Spring consistent as far back as I can remember.
Next was this pool below the little falls. Makes your mouth water, doesn't it?

Here's a better shot of the "falls".

On the way upstream we got hit after hit, but none would stay on. I even went to a smaller fly in hopes that size matters, but it didn't. So much for that myth.

Just to fill you in on a little accident I had a couple weeks ago, I took a big step off a ladder and ended up butt to window sill when I finally stopped. I mention this because my back apparently is still not healed because I only made it about 2/3 of the way up the creek and had to turn around.

I told Yuki to keep going and I would meet him somewhere on the way back to the bridge. Being the die hard I am, I fished all the "good" pools on the way back.

In the same pool that Yuki nailed that Rainbow, I hooked this little Brown. About the same size as the Rainbow. Oh yeh, forgot to tell you what flies we were using.

Yuki is using flies that he has collected. Some from me and some from other places. Did I mention that he is getting quite good at fly fishing? Well he is just by the fact that he took first blood today. He was using one that I couldn't identify, but it worked.


I started with the Caddis Pupa that I used down by Yosemite. I thought that deep might fool anything in the pool below the bridge. When that didn't work I switched to Sloan's Paralyzer in yellow. Worked it for a while, got a lot of drive-bys, and even went to a smaller size, but they were just faster than me. That little Brown came on a Yellow Humpy and that's what I closed the day with.

We finished the day at the two pools below the bridge, but I think even though we got several drive-bys, the sun was too high. The few drive-bys we got were right at the edge of the shade and there was very little of that on the water.

It was only one apiece, but no skunk today. More photo's from Yuki as soon as they get here.

Next weekend the wife and I are heading for a new lake and taking the inflate-a-yak for a little paddling exercise (fishing rods too). We're supposed to have a spot right on the lake, but with our previous experience at RV parks, you never know.