Why Have A Camera When You Have A Blog Photographer

Since the wife was home today after working a gazillion hours yesterday, I got up early, and headed out to the lake at 7:15. When I left the house it was 27 degrees. When I arrived at the lake it was 37 degrees. Amazing what a couple hundred feet in elevation will do for the temperature.

I'll just let you look at the pictures.

The next 15 pictures is why I don't need a camera as long as I have a Yuki. 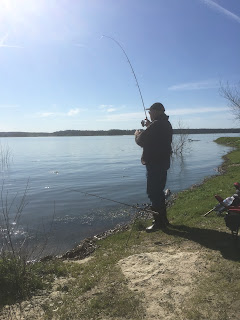 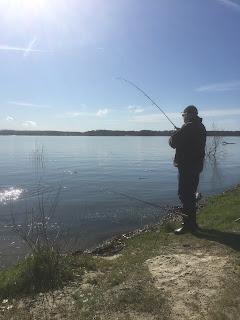 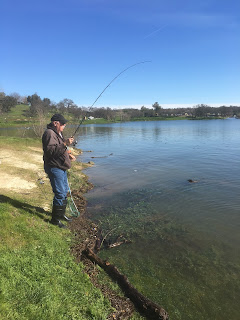 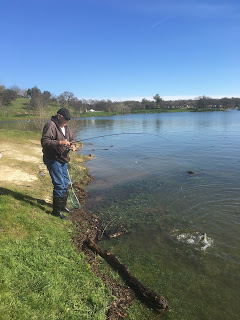 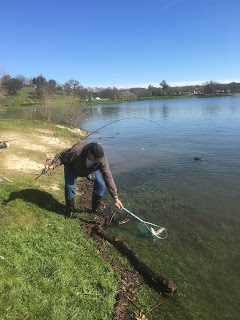 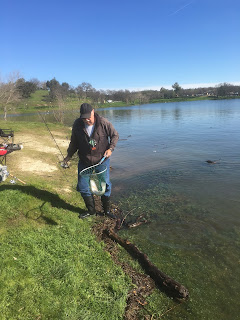 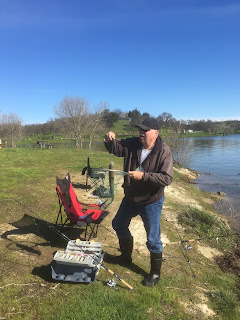 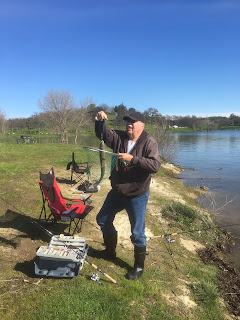 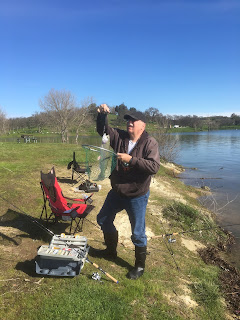 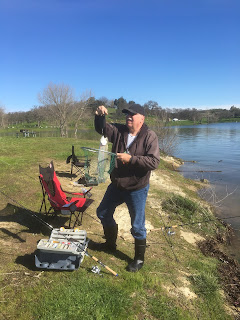 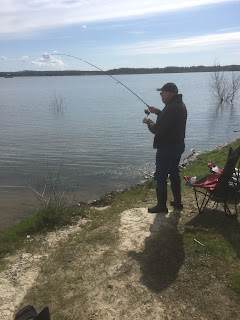 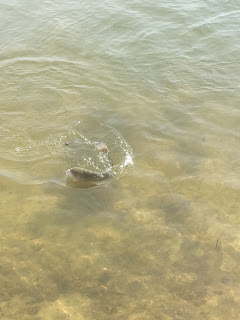 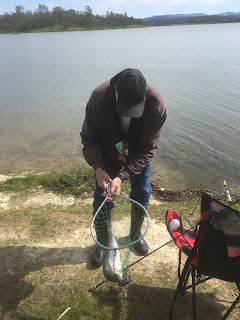 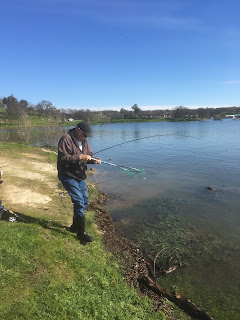 And after all that, I missed the first one. It hit, jumped three times and I almost got it to shore when the hook came out. It was on a silver Kastmaster. The only hit on any Kastmaster today.

The other two (one was 2 pounds 2 ounces and the other was 2 pounds 7 ounces) came on rainbow Power Bait. Smaller one was a hold over because it had Copepod slime on it and the bigger one was probably stocked yesterday.

Yuki got one bite on white Power Eggs but missed it. In the last photo, you can see a green grassy area in the water. Last Wednesday I was sitting below that spot. Water was up another 10 inches or so. On the other hand it makes it a little difficult fishing "around" floating twigs, tree limbs, and in a couple cases the tree itself.

That's it for today. I'm sure I'll be back out next week since we're not expecting any rain YEH!!!!!!!
Never thought I'd ever say that.