Don't see these guys much anymore now that we live in the city. 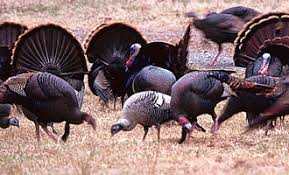 Happy Thanksgiving from our home to yours.
Posted by Mark Kautz at 8:52 AM 2 comments:

Something Not Everybody Gets to Experience. 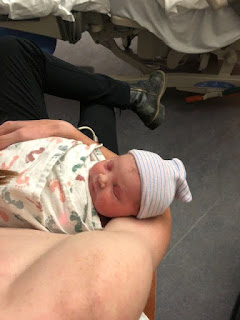 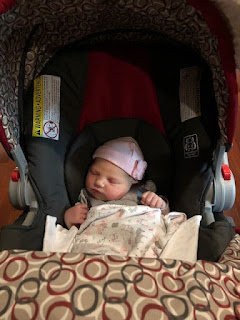 We have a chance for a 4 generation picture, hopefully soon.

If you haven't been watching the National News, the Camp Fire has destroyed the town of Paradise, California. Paradise is a little town up the hill from Chico, California.

It's destroyed 6700 structures, many of them home and businesses and burned 100,000 acres as of this morning.

Nine lives have been lost, five of them on one road as the people tried to escape the fire via the only road out.

At times, people abandoned their vehicles and just got out and ran. It was all they could do. The roads were gridlocked with people fleeing.

This Time It Was About Fish

I needed to get out of the house so I packed up the truck and headed to Lake Camanche North Shore.

This wasn't a kayak kind of day, more a sit and read while soaking Power Bait kind of day.

I got to the lake at 8:30 and put one rod out with rainbow PB. Lately when I've been fishing with Yuki and he's caught fish (and I haven't) he's usually using brown Power Eggs. I've never seen them in the store, but I had a plan. It's always good to have a plan. 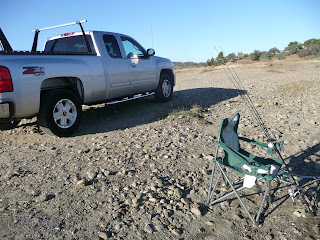 See how close you can park to the lake at North Shore. The lake was just to the right of my chair.

Here's the plan. I took three Mice Tails in a brown egg with a red tail. I cut off the red tail and Voila, brown Power Eggs. Three on a #6 bait hook and I was ready.

Then I got a lot of reading in. Didn't seem to be anymore interest in brown Power Eggs or rainbow Power Bait for that matter. Long about 11:30 I changed one rod to white Power Eggs and on the other one I put a white egg, then a green egg, then another white egg. Mix it up a little.

Just before Noon the bigger of the two in the picture was heading away from shore with the white/green/white Power Eggs in it's mouth and had every intention of taking my rod with it.

I usually prop my rods up against my tackle box because the shore is too rocky to put a rod holder in. In the split second it took me to realize the fish was on, he had dragged my rod almost all the way across the tackle box on it's way out into the cove.

He put up a good fight and when in the net weighed in at 1 lb 7 oz.

Guess who's having Rainbow Trout for dinner?

I did finish the book. Had about 150 pages left.

Yakking At The Pond

It wasn't about fishing so much as learning how to fish from a kayak.

Since the "Yuki" incident a couple years ago I've not been allowed to kayak. But, last August at Upper Lake when we were mostly unable to use the Inflate-A-Yak, my wife has moved toward hard kayaks. Much more aerodynamic and you can take them on the water when you can't the Inflate-A-Yak.

Since they have started stocking Lake Camanche, I thought a trip out to the Trout Pond was in order. Unfortunately Yuki is still down with the crud so it was a solo trip.

I really wanted to get my yakking karma together more than I was concerned whether I caught a fish or not. Good thing because I was fishless for the day.

Got to the pond about 9:00 and started putting together what I would need for the day. The kayak has two rod holes behind the seat and one "holder" that attaches to the right side for "trawling".

I put out one rod in the "holder' with a white mice tail and a couple white power eggs. By the time I was ready with the second rod and a pink Kastmaster, the first rod had managed to tangle itself in the handle at the back of the kayak.

With both rods in, I made my way across the pond and put one rod out with rainbow PB and threw the Kastmasters. Just allowed the kayak to drift. I had to move out away from shore and found out that the rod in the back was tangled up with the paddle. I did manage to get a system going so I wasn't fighting the rod, but it was definitely a pain.

One thing I did learn is that when you cast to the side, when you're reeling in, it tends to pull the kayak in that direction. I don't know what that means except if you keep casting to the left, you end up going around in circles. Sometimes life is like that.

OK, I won't go into all the gyrations I went through with the paddle, the rods in the holes behind the seat, and the rod "holder" on the side. Suffice it to say that I've come to one conclusion.

I might even catch a fish. Could happen.
Posted by Mark Kautz at 1:48 PM 4 comments: