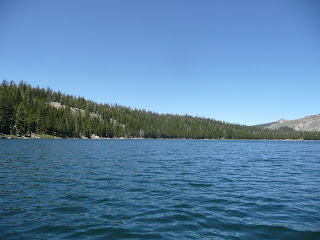 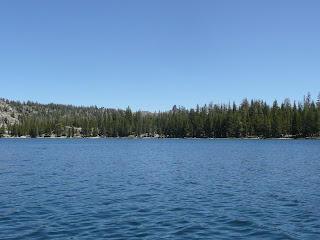 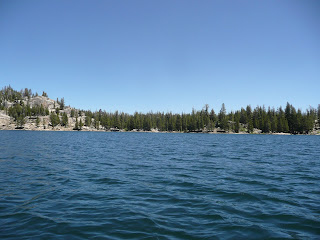 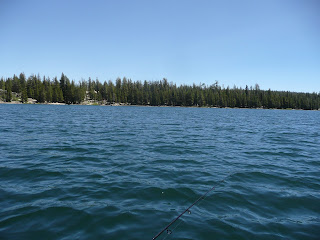 Fun kayaking. Fishing, not so much.
Posted by Mark Kautz at 8:10 AM 6 comments:

I Need Some Input

Northern California Trout has since morphed into a Global blog. I've posted about fishing, my ancestry, and some other stuff through the years.

Now it seems that Social Media is where everybody is establishing their "adventures". Don't get me wrong, there are still some who blog on a consistent basis, but it seems that blogging has taken a back seat to Social Media. I've mentioned many times in posts and comments that I don't Facebook, Twitter, or Insta-something mainly because I just don't want to. I have a Facebook account, but I only use it for finding relatives like my cousins in Florida.

It's not that I don't have an audience. OK, I have 99 followers listed. I'm not sure how many of those still "follow". I've posted 1140 times and have had more than 700,000 hits from all over the world. Most from the US and most recently the Netherlands and Germany. And believe me I appreciate each and every one of those who stop by to read what I write.

I get a comment or two on each post, but really doesn't tell me what YOU think of Northern California Trout. So, you're from another country. So, you don't speak English. No Big, I have cousins in Germany that I talk to on almost a daily basis and several of them don't speak English. We converse in German. Google Translate is a wonderful thing.

That said, my .com is due to expire in January. I waffling between renewing it or letting it go which will be the end of Northern California Trout.

I need some input from those of you that are following as to whether I should keep or let go Northern California Trout. I have about 6 months to make that decision. I'd like to hear what you have to say.

Mark/Shoreman/ Dad, Grandpa, and Great-Grandpa.
Posted by Mark Kautz at 7:53 AM 13 comments:

It Started Out As A Recon Mission

Katherine and I are heading up to Hope Valley the weekend of the 18th thru the 21st. Since we've had so much snow this past Winter, I wanted to do a recon mission to see if 1, we can get up to Lower Blue Lake (Upper is closed for the year) and find the launch ramp.

So on the way back from Lower Blue we stopped at the West Fork of the Carson up the road aways from the campground and floated a few flies. Unfortunately too much terrain for me to negotiate so we went to a spot across from the campground. Met a gentleman from Gardenerville (that's in Nevada) who said the creek was planted the previous week and kids were catching and releasing "tons" of Rainbows using a green Powerworm and a jig head. We couldn't find a single fish.

Plan B - We headed back toward town and made a quick stop just to look at Red Lake. It was closed last Summer because of Toxic Algae Bloom, but open now. Might have to bring up the kayak and fish the back for Brookies. That's another time.

Plan C - Stop at Woods Lake and fish Woods Creek. Other than the outlet from the lake, it was too much for me to negotiate, but try I did. Only found a couple small places to drop in a fly. I took my 6wt, but my 3wt. would have been much better.

So, we're (Yuki & I) are standing at the outlet and Yuki is drifting a nymph under an indicator. Not much happening, but there was a fish breaking the surface right where he was drifting. Guess the fish didn't want a nymph. So I (being the gentleman I am. No booing or hissing please) let Yuki drift there 6 or 8 times and then I dropped a green Stimulator in a size 14 just in front of the fish. Second cast and a small (about 8 inch) Rainbow was brought to hand and promptly released. Sorry, no picture. My camera battery was dead and my phone was in the truck.

But before the camera battery died, I did get a picture of Yuki fishing for that Rainbow in the shot below.

And I managed a shot of the lake with the snow capped mountains in the background.

I might mention that the temperature (remember this was yesterday July 8th) was 57 degrees with the wind coming off those beautiful snow capped mountains. Yes, it was a bit chilly upcountry yesterday.

Well, that's it for this adventure. If I don't get out before the 18th, Katherine and I will be back up here along with her daughter and her daughter's boyfriend. Should be some good pictures.

No Confucius jokes this year. Just a picture of the old guy. 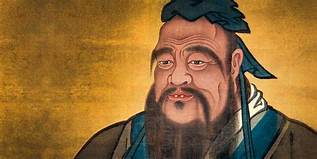 No watching fireworks for me this year. Last night we listened to the local fireworks while laying in bed reading a book. Damn, I must be getting old. Crowds annoy me anyway.

Monday, Yuki and I are taking a little drive up to Lower Blue Lake to see if enough snow has melted and we can actually get there. Upper Blue Lake is closed all year for Dam repairs. That's a bummer.

I'm sure Yuki will want to stop at Woods lake and fish the creek, so fly rods are in order.

Our next camping trip is Hope Valley the weekend of the 18th so there should be some fishing then.

Stay tuned for more exciting adventures. Boy was that corny.
Posted by Mark Kautz at 8:04 AM 1 comment: