Like I said in my last post, I thought I'd start a series of posts about all the small towns around where I live.

Our first stop is Volcano, California. It's a cool little town population 103. I know that seems like a small place, but the 103 are just those who live in the town limits, if you will. There are a lot more residents and Volcano covers a pretty vast area.

Then as you span to the right you are now looking in a Southerly direction. Again you are looking at the mountains.


Down this part of the street is the St. George Hotel. It's been here for ages. Each room is named for some part of the gold country. Here is a couple examples: Hells Delight, Poker Flat, and You Bet. Most rooms are in the $100 to $200 range, seems a little pricey, but hey you never know what you'll see, it's haunted. One last item about the St. George is that it's famous for it's Eggs Benedict Brunch. I've experienced it and it is fabulous.


In the other direction is the Volcano Union Inn. Sorry about the tree shadow. It was 9:30 am when I took this picture. The Volcano Union Inn is a restored miner's boarding house circa 1880. It only has four rooms, but we had some friends come up from Sacramento and stay at the Inn and got a tour of their room. Very nice. the rooms are in the area of $100 to $200 per night. It's haunted too.

Dining is indoor and outdoor (when it's warm), the food is fantastic (we've eaten here many times) and like most country inns, everybody is very friendly.

On with the the rest of the town. When I moved to Volcano and called my brother to give him our new address, he said that he hoped it was a dormant volcano. Fact is there isn't a volcano at all. The town was named by soldiers of Colonel Stevenson in 1848 because of it's volcanic appearance.

The plaque below is dedicated to Colonel Stevenson and has a few other interesting facts about Volcano. Double click to make is larger. 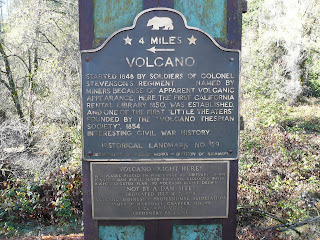 George Marshall started the whole gold rush happening in 1848 with the discovery of a gold nugget in the tail race of the sawmill in  Coloma, California, but that's for another day. In the mean time if I refer to the Motherlode, I'm talking about this area.

One of the most devastating tools the gold miners used was hydraulic mining. They used a pressure nozzle called a monitor and sprayed the hill side washing the water-sediment slurry through sluice boxes to extract the gold. For the most part, they just washed away the hill. Below is a picture of one of those monitors. There us a whole State Historic Park called Malakoff Diggin's SHP dedicated to this type of mining.


Below is one of our local hero's worth mentioning. Brigadier General Harry Bluett Liversedge. Born in Volcano and, well you can read what he did during WWII. A true hero. 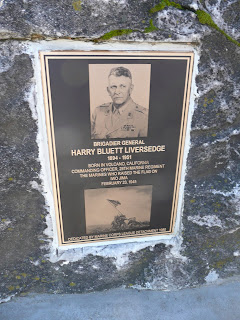 From here we'll head East out of town.

Oh look, they have Minion's in Volcano. I'm not sure what his name is. It's painted on a well water storage tank. Cute though.

The following is the curve prior to starting up Ram's Horn Grade. This road is 2 miles of switchbacks and climbs 1000 feet in elevation. A real toughy when it's snowing. We know from experience as we lived 5 miles past the top of the grade. I'd also mention that Daffodil Hill is at the top of the grade, but unfortunately they have closed it permanently. It was a showing of some 600,000 Daffodils.

Now that we've gone through most of the town, going back on the road toward Pine Grove (that's another episode) we pass a National Landmark.

Remember the field trip with my grandson and one time with the friends that stayed at the Union Inn. 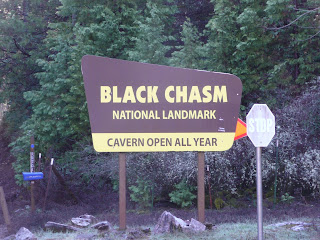 So there you have it. Episode one of Small Town America.

To find out where we are going next, you'll just have to come back.