A Little Humor For Your Friday.

Everything has been so negative lately I thought a little humor might be called for. 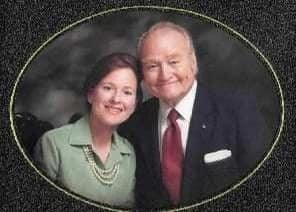 RED SKELTON'S RECIPE FOR THE PERFECT MARRIAGE
1. Two times a week we go to a nice restaurant, have a little beverage, good food and companionship. She goes on Tuesdays, I go on Fridays.
2. We also sleep in separate beds. Hers is in California and mine is in Texas.
3. I take my wife everywhere, but she keeps finding her way back.
4. I asked my wife where she wanted to go for our anniversary. "Somewhere I haven't been in a long time!" she said. So I suggested the kitchen.
5. We always hold hands. If I let go, she shops.
6. She has an electric blender, electric toaster and electric bread maker. She said "There are too many gadgets, and no place to sit down!" So I bought her an electric chair.
7. My wife told me the car wasn't running well because there was water in the carburetor. I asked where the car was. She told me, "In the lake."
8. She got a mud pack and looked great for two days. Then the mud fell off.
9. She ran after the garbage truck, yelling, "Am I too late for the garbage?" The driver said, "No, jump in!".
10. Remember: Marriage is the number one cause of divorce.
11. I married Miss Right. I just didn't know her first name was 'Always'.
12. I haven't spoken to my wife in 18 months. I don't like to interrupt her.
13. The last fight was my fault though. My wife asked, "What's on the TV?"
I said, "Dust!".
Can't you just hear him say all of these?

I love it. These were the good old days when humor didn't have to start with a four letter word or political. It was just clean and simple fun. And he always ended his programs with the words, "And May God Bless"with a big smile on his face.