There are currently 12 fires burning in California alone. The biggest is the Dixie Fire of course. As of this morning 635,728 acres with 33% containment. It's been burning for 35 days.

The Caldor Fire has only been burning 4 days. It has currently burned 53,772 acres. It started near a little town called Omo Ranch and spread in a North East direction. It blew through the town of Grizzly Flats just like the Dixie Fire blew through Greenville. Not much left in either town.

The Caldor Fire is the one I'm watching the most. Evacuations include a lot of towns I'm familiar with. One place they has evacuated is what's called the Sly Park area. Sly Park road runs from Pleasant Valley to Pollock Pines. Just happens my son lives off this road and yes, he has been evacuated. He's currently hanging out at a campground along the American River in a town called Coloma. How do you know the town of Coloma? That is where gold was first discovered in the tailrace of John Sutter's mill.

The fire has burned almost to Highway 50 and the latest evacuation as of this morning is the town of Kyburz. Kyburz has quite a history. Don't know if you remember back in March of 1976, Andy Williams' estranged wife Claudine Longet shot and killed an Olympic skier named Spider Sabich. She claimed it was an accident, that she was showing the gun to him when it went off. She eventually when on trial and was convicted of misdemeanor criminally negligent homicide. She was fined $250.00 and served 30 in county jail mostly done on weekends over several years. Even though this event occurred in Aspen, Colorado, Spider Sabich (Vladimir Peter Sabich Jr.) hailed from Kyburz.

The experts say that this weather we're experiencing, not just in California, but all over the world, is what is going to be the norm from now on. Climate change is here to stay.

Oh, one other thing before I go, Eldorado National Forest is also closed which means, campgrounds, fishing all the upcountry lakes, or just taking a drive up the hill is on hold.

Yup, it's Summer and California is on fire.

This is or was Grizzly Flats 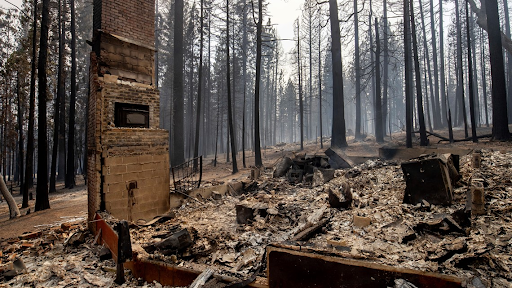 Courtesy of the US Forest Service 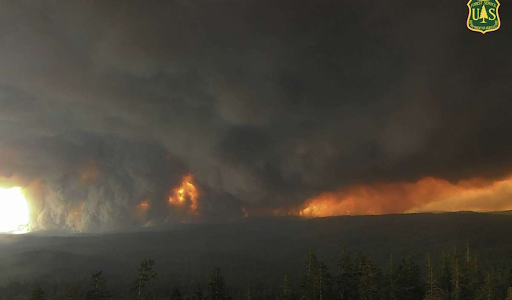 From the town of Fair Play 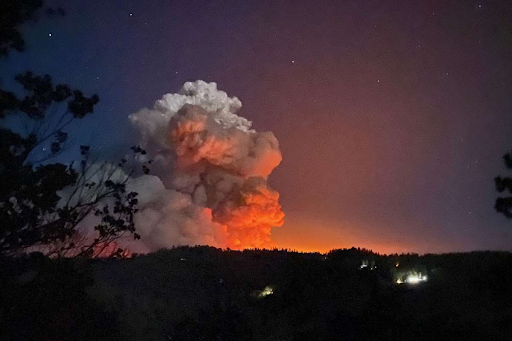 From the Sierra At Tahoe Ski Area 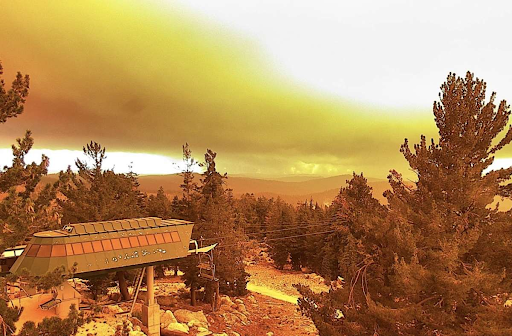