Back on July 6th of 2021 I did a post about the Smoke alarm that I though was peeping in the garage. I proceeded to smash the crap out of it to make it stop peeping. Well, since that day the peeping has continued.

Some would say it was the water heater. Nope, that was replaced late last year. Peeping continued.

Some would say it was the Freezer being too full. We've been emptying it on a regular basis (we gotta eat you know) and the peeping continues.

For the past few days my neighbor and I have been replacing the fence between our houses. While I was at it, I planned to replace the gate on my side as well. You can see in the photo below the latch and string used to open it from the outside. Looking for something to use for a "Handle" on the outside, I went looking for something like a plastic knob or washer or the like. 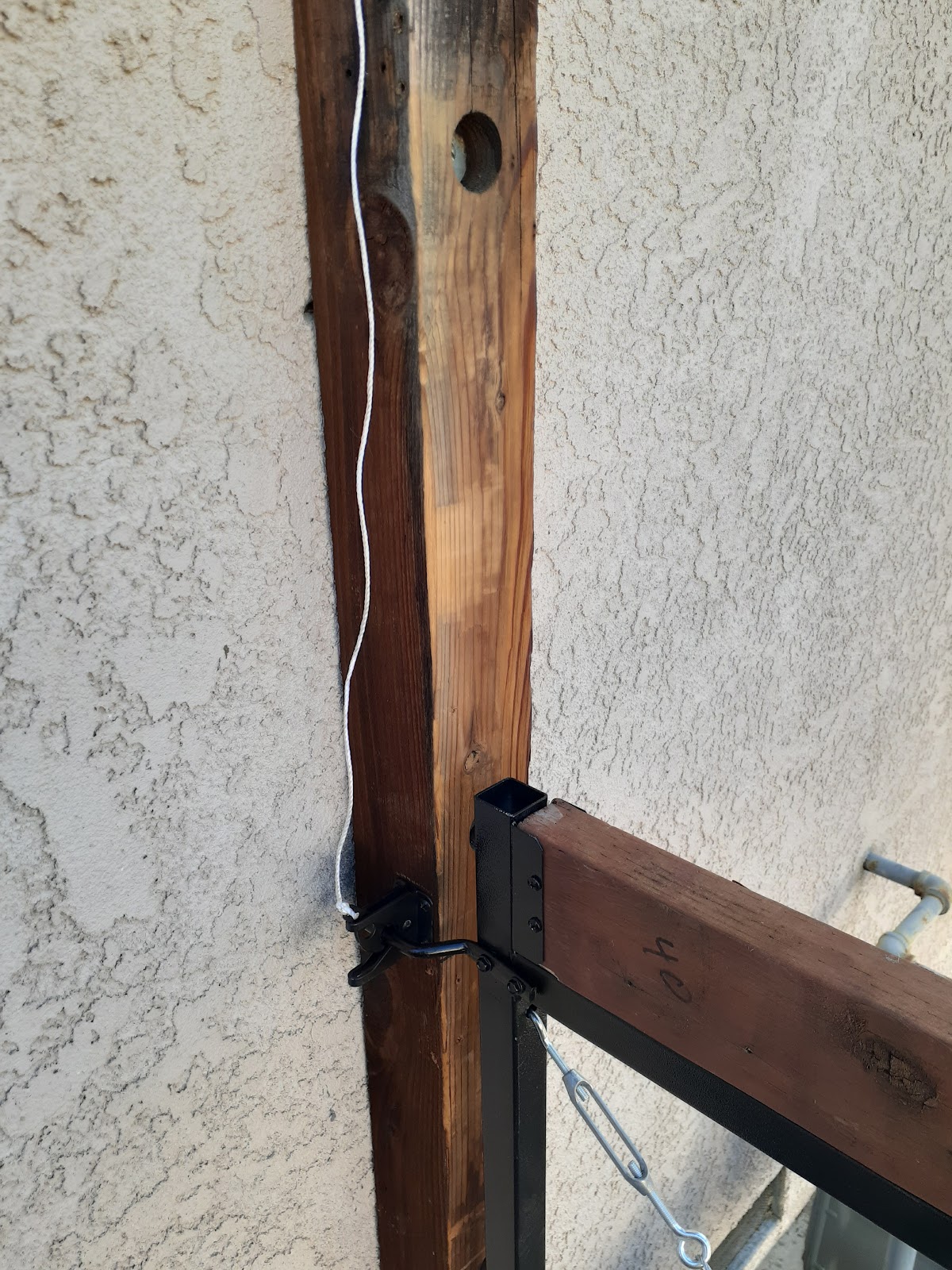 As I went to the washer drawer drawer (in the photo below. I might add that I've been collecting nuts, bolts, screws, and washers for about 50 years) and pulled it out, the plastic drawer cracked and dropped all the washers on the garage floor. 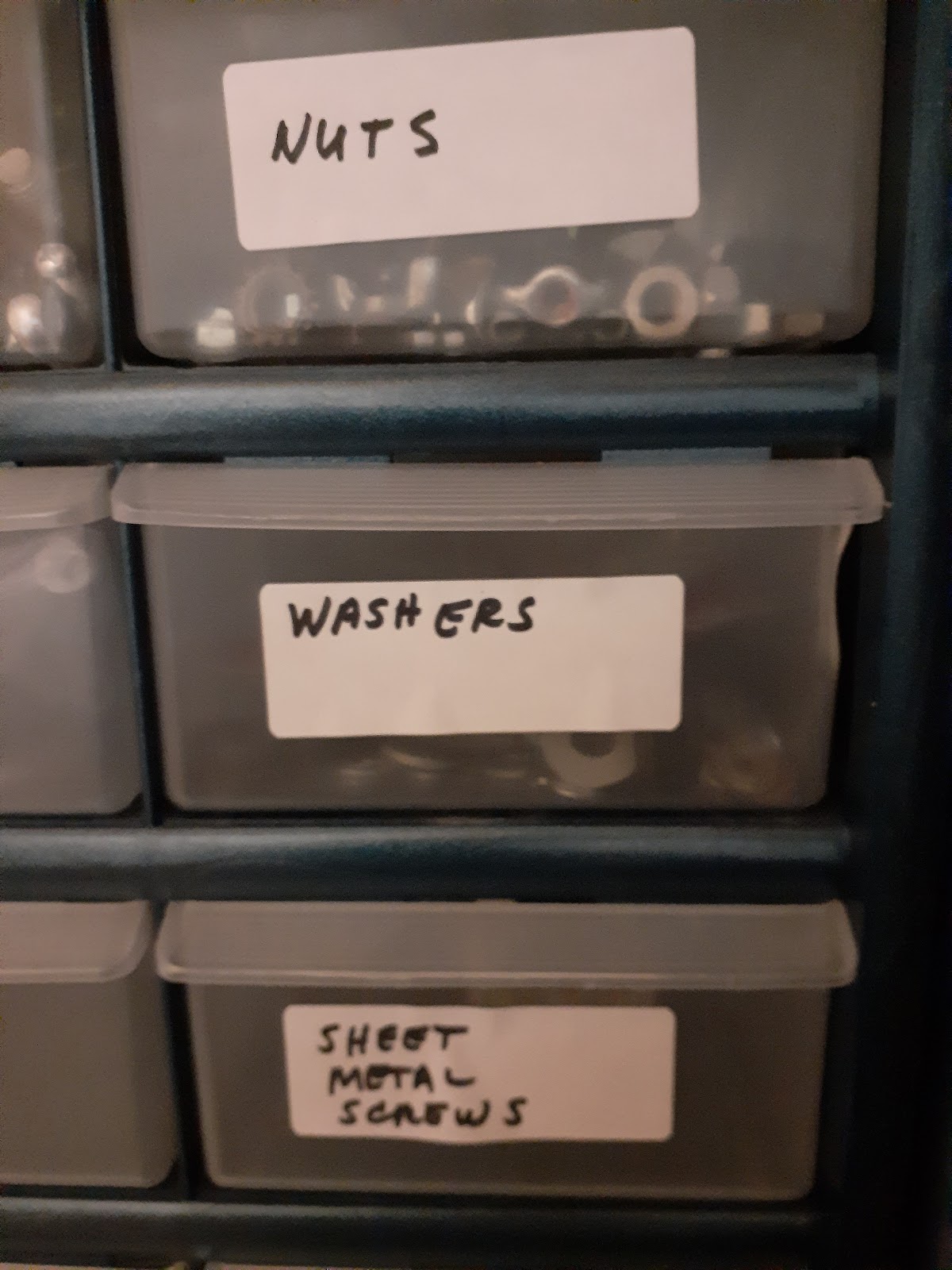 Now getting down on ones knees when one is a gimp, is not an easy feat. I use a bucket to press on and kneel on a double set of kneeling pads.
It just so happened that when I was picking up the washers (scattered all over the place) my right ear was next to the bucket (in the picture below) that we keep the hazard waste (per California Law) such as batteries, CFL light bulbs and an occasional electronic device. 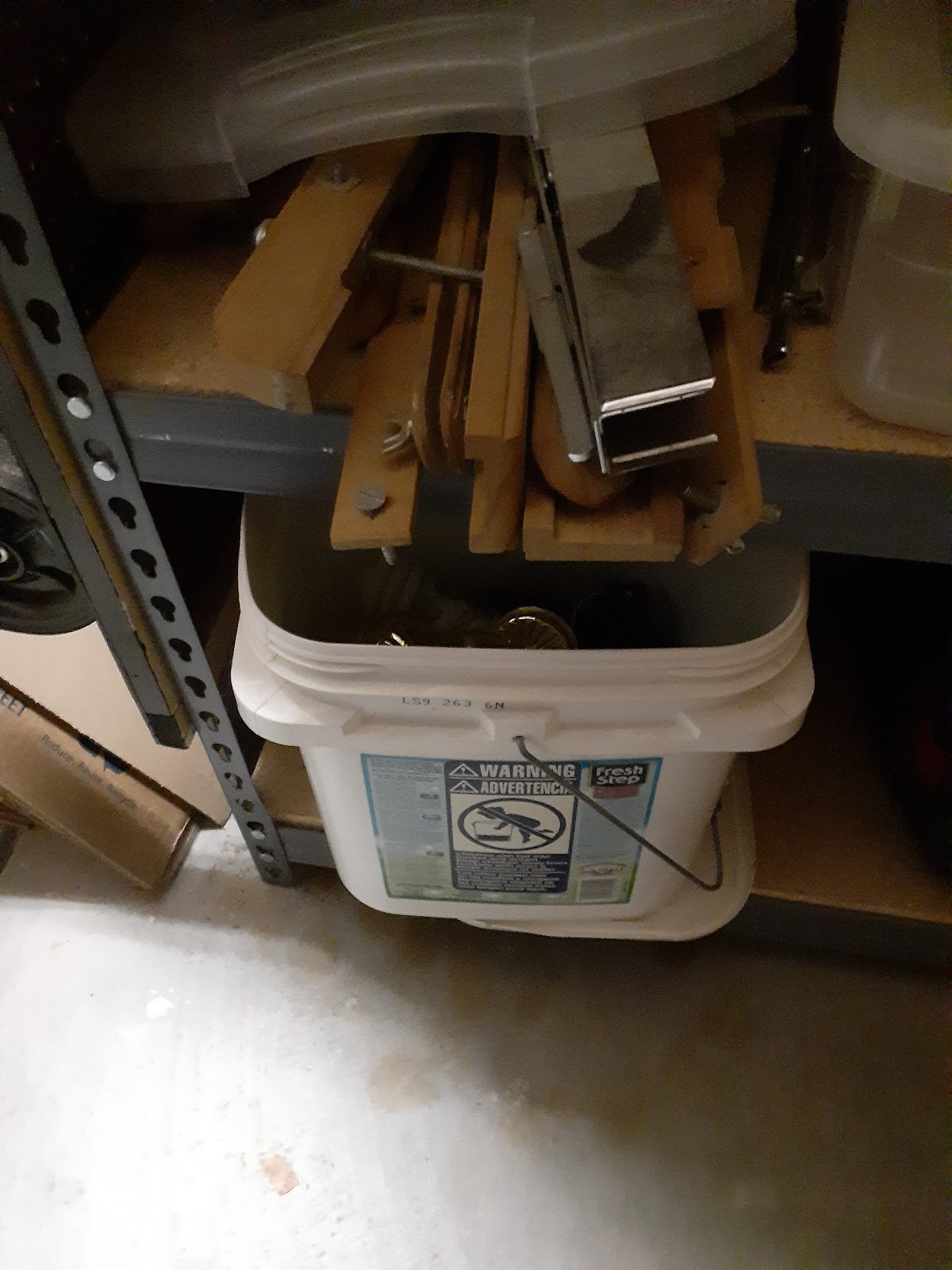 Low and behold, there was a peep in the bucket. I grabbed that sucker (after all the washers were in the broken tray) and on the bottom of the bucket was an old CO2 detector I had discarded months and months ago. Guess what, the battery was still in it and if you've experienced smoke detectors or CO2 detectors that have a bad battery in them, they PEEP.
I think I got the peep, finally.
Stay tuned.
Posted by Mark Kautz at 11:12 AM