The picture below is of bodies waiting to be buried at a cemetery in Bucha.

All the reports I've been following are reporting mass murder of civilians in Bucha as the Russian army pulled out. The army continues to deny it even after several media companies have provided proof. The nose of the Russian hierarchy continues to grow. 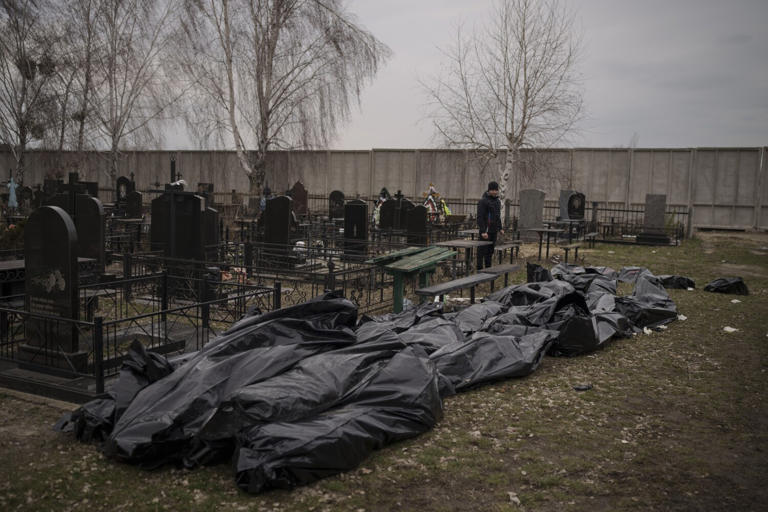 If I recall what was related to me, a somewhat distant cousin was sent to one of these camps. He managed to survive, but when he returned he was basically a stick person. I want to also mention that he didn't live very long after he returned.

So don't be surprised as the atrocities continue.

Many wonder why the US and it's allies don't get involved (militarily), but just continue to send support. Unfortunately Ukraine isn't a NATO country. We can only help as much as we are doing.

Don't believe the bullshit the former President is spreading around, that if he was still in office this wouldn't be happening. Vladimir Putin (former KGB) is trying to return to the way the previous USSR was and the countries it controlled. If Russia had rolled over Ukraine like it thought would, it would have continued on to the next country until it had control of all the former USSR countries.

Just my opinion mine you.