This morning when I logged in, there was a picture of Mount Rainier National Park in the state of Washington.

My first thought was "Isn't that where the Kautz Glacier is?"

The Kautz Glacier is a narrow glacier on the southern flank of Mount Rainier in Washington State named for August Kautz, who is sometimes credited for the first ascent of Mount Rainier. 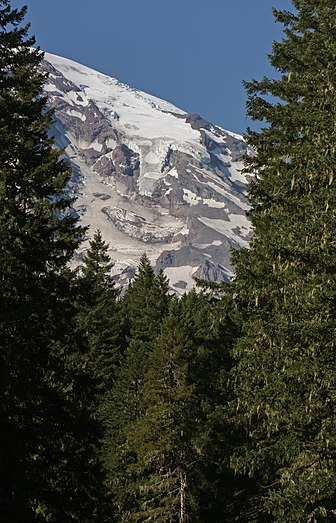 First about the glacier. It covers 1.8 square miles and contains 7.8 billion cubic feet of ice.

The Upper Kautz glacier is at 11,700 feet and extends down the Kautz Chute to the Lower Kautz Glacier at about 10,800 feet. Melt water from the glacier drains into Kautz Creek Falls and then into Kautz Creek which is a tributary of the Nisqually River. 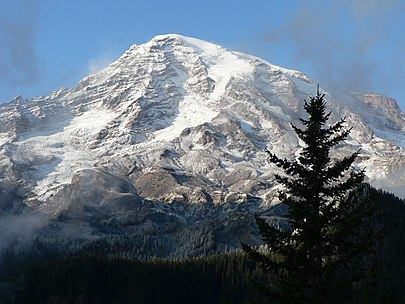 Did I mention that I'm DNA connected to him?
August was also a Union Calvary General in the American Civil War. Quite a well know military person. Add to that, his brother was Rear Admiral Albert Kautz who served in the Union Navy during the Civil War.

Both August and Albert are buried at Arlington Cemetery in Virginia.
Hey, you find out a lot of cool stuff doing genealogy. Never know who you're going to be related to. Might also find out the person who you thought was your grandfather for 75 years, isn't.
Till next time. Stay tuned.