Here we are, the unofficial start to Summer 2022. Memorial Day Weekend.

I was sitting on the couch scrolling through YouTube Channels and came across the 1949 movie Sands of Iwo Jima with the “Duke” John Wayne.

That just started my brain thinking “I wonder if my dad was at the landing at Iwo. So I pulled up Wikipedia for the USS William P. Biddle APA8 Attack Transport. My dad was a CPO (Chief Petty Officer) on the ship until he had a heart attack near the end of WWII and retired. 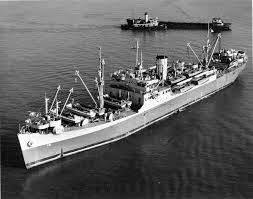 The ship wasn’t at Iwo, but it was at Tarawa. I’ll get to that later.

Alan at Small Stream Reflections (who recently passed away as you all know) always did a very heartwarming post on Memorial Day. Those who served, know how heart wrenching it is to lose a fellow service member. I don’t have those feelings as I was never in the military. Not that they didn’t try to draft me in 1965 at the beginning of the Vietnam War, in fact they tried 5 different times.

So I thought I’d just put a little post out to remind everyone that Memorial Day isn’t about camping, mall sales, or that special deal at the local auto mall you see 40 or 50 times every hour on TV.

It’s about those who gave all.

Back to Tarawa (the Gilbert Islands Campaign). The assault on Tarawa cost the lives of 990 Marines. Those are who you should remember on Memorial Day. My dad was also at the assault of the Marshall Islands, Solomon Islands, and the Philippines. Many lives were lost in each of those campaigns. They are who you should remember on Memorial Day.

And it’s not just about WWII, its about all the military personnel who have lost their lives, male & female, in the service of their country.

Here’s a short list of those we lost by war: