Personally I'm coming back from a 4 day stay in the hospital. Got 5 Gall stones jammed in what they call the Bile Duct removed via a procedure called Endoscopic retrograde cholangio-pancreatography. Go ahead and try to pronounce it. They took out the stones and put in a Stent (just like in your heart, but a plastic one). I was told it would dissolve in about 6 weeks. That was Ok since the Gall Bladder is coming out on the 29th.

Yesterday at exactly 1:30 pst I got a call from the doctor's office downtown informing me the stent has to be manually removed. I had flames coming out my ears. Another misinformation. Now I have to have  a 3rd surgery on August 19th.

Unfortunately based on many different explanations of what was to happen, at the end of the third day I said, that's it, I'm going home. Then all of a sudden they want take out my Gall Bladder. "Send me home, I have a guy locally I trust a lot more than you guys".

The first surgery took about 3 weeks to "somewhat" recover. The next two are outpatient so maybe a quicker recovery. Upper Lake is coming the end of August.

So now you know why I've been quiet lately. On the other hand, I'm getting a bit depressed with this whole Ukraine war. The Ukraine Military is doing an awesome job of keeping the Russians out of Ukraine for the most part. Alex is doing a heroic job getting supplies for the people and the military and the doctors. I posted a couple emails below that came while I was down.

The US and European Allies are doing everything they can, short of getting involved directly but from what I've read Russia is just leveling town after town. seems they are trying to kill as many Ukrainians as possible at least those that are left. Just look at the first picture below.

I don't know if you want me to keep passing along Alex's emails but if you do, let me know in the comment section.

In my March 1 update I made a video of the destruction of the private houses not far from the hospital, where my elder daughter Evelyn was born. It was a terrible picture of destruction. At that time I wondered who those people who lost their houses were. 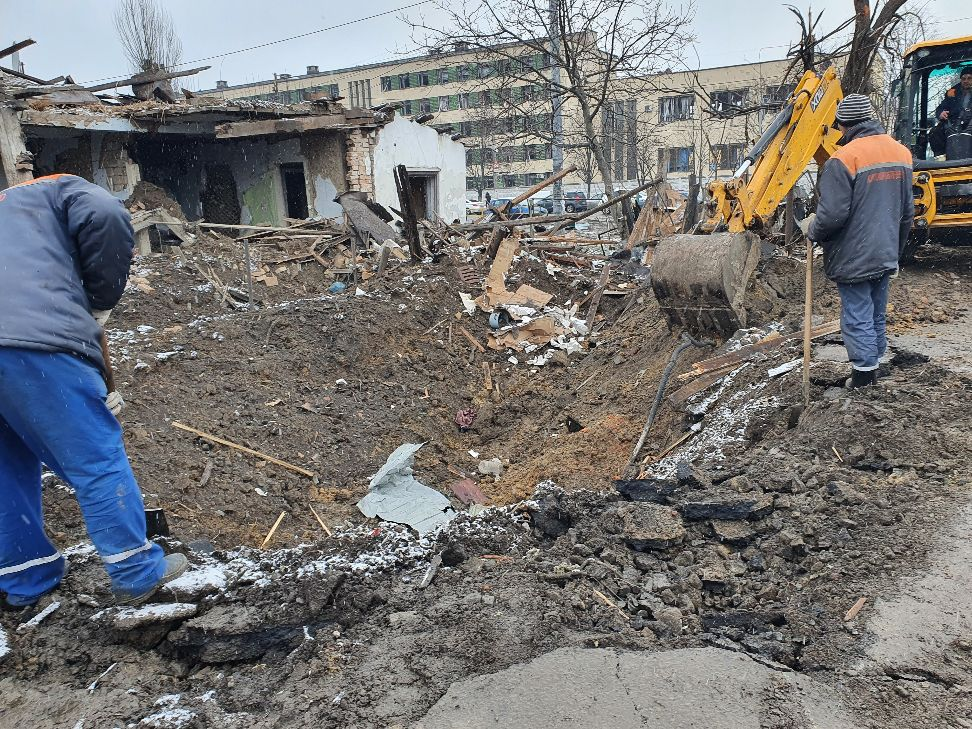 She was with her parents in the village on that tragic day. It was definitely God’s grace.

When they came today to get some food packages, we gave Bogdan, her son a gift from the Netherland Foundation. His smile tells a lot. 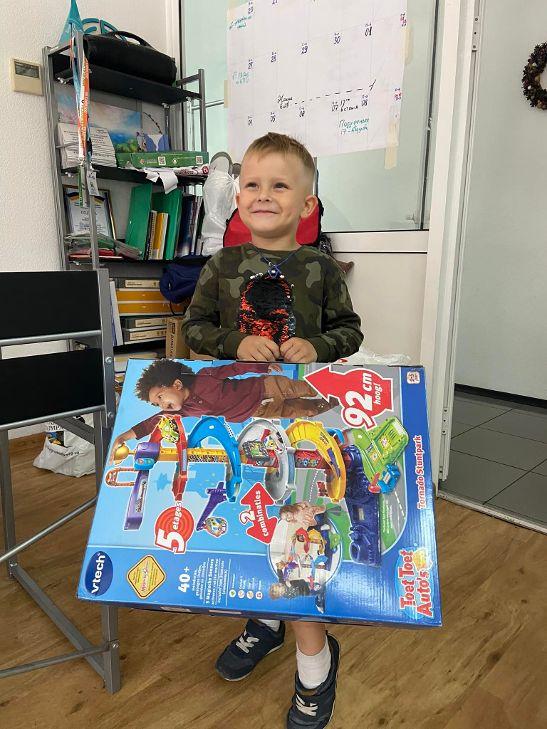 Couple weeks ago I got a call from an unknown number. The young male voice told me that he is a good friend of Edik, who runs a restaurant and I got to know Edik when I had my little restaurant Green Line Café a couple yearы ago. He told me that he was senior leant of airborne brigade 95 and he needs help. I invited him to come to the office at the nonprofit, where I volunteer.

FYI 95 brigade is one of the elite troops of the Ukrainian army. They are located in Zhitomir and they were the first ones sent to Kharkov and North of Kyiv to meet Russians on the first days of the war.

When I met Mychaylo, that is the name of the senior lieutenant, he made a huge impression on me. He is under 30 but in his eyes I could see courage and nothing else. He spoke little with his calm voice. He told me that from February till the end of April he was a commander of a platoon in a 13 Battalion of the 95 brigade. On February 24 this battalion had around 500 soldiers and only 200 left home for rotation from Izum, Khakrov oblast. Can you imagine the loss! More than 50% were killed and mainly from air bombing and artillery.

Mychaylo told me that now he got a position of company commander and after such losses the battalion needed augment and round out of units. He brought the list of things that he needed for his company:

This speaks a lot about the condition of the Ukrainian army, and again this one of the elite brigades. The more I find out about the situation in the army, the more I admire volunteers.

I presented the case to Zhanna and paid the bill. 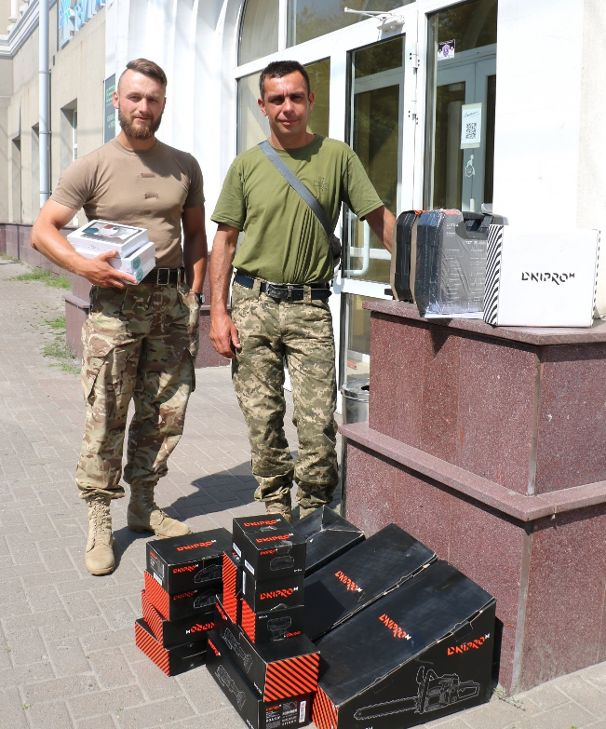 Michayolo is to the left.

Not long ago I received a gift from Don Miller. He sent me a seed player. It’s a very simple mp3 player. Don Miller made, in my mind, a great project. He recorded the testimonies of people involved in Samaritan Ministries with some meditation, Bible verses and music. I loved this idea. I asked Don to give me the contacts of the seed player founders. I think that soldiers need a lot of encouragement. I talked to Andriy, the chaplain and two other guys who are involved in chaplain ministry about the idea of making a playlist  of some Plasms, Proverbs, maybe Gospel of John and something else that can light the spirit of the soldiers and give them hope while they face evil. Hopefully by August we will have 50 seed players, which will be distributed by Andriy and his colleagues among the soldiers in the hospitals and frontline.